Mitochondria, your power plants, aren’t just in your cells! Read here why you improve your whole system through your nose!

New research has established that the presence of free-floating mitochondria in the blood is a reliable explanation for the systemic effect of PBM when blood is irradiated with red and NIR light. The intranasal application of Laeq to the blood therefore leads to several positive effects at the same time.

Customers and interested parties often ask us how the light from a Laeq intranasal laser through the nose can positively affect the entire body. Those who use the Laeq (red laser light) intranasal laser clips also often recognise and report a positive effect on the entire body. Take a look at the experiences on the website. Many users experience positive changes in several parts of their body, which are attributed to the intranasal light treatment. Take, for example, diabetes patients who become fitter, need less medication, have less pain, sleep better but also have improved neuropathic symptoms. Athletes who have less muscle pain and recover faster and also sleep better. And so on.

In accordance with the literature on PBM research, we consistently observe this effect in our experiences with intranasal photobiomodulation (PBM). Different terms are used to express this effect. For example, one of the terms, “abscopic effects”, is often used in cancer therapy. For example, anti-cancer drugs applied to one part of the body have an effect on other, remote parts of the body.

Traditional explanations usually begin with the fundamental mechanism, i.e. the functioning of the mitochondria. With the exception of red blood cells, mitochondria are found in all cells of the human body. They are the batteries of those cells that are charged with PPE. Mitochondria absorb nutrients from our food and produce energy-rich molecules in a series of biochemical reactions. As a result, these molecules are used to nourish all processes in our body.

What is of great importance to PBM, and largely unnoticed in conventional biology, is the mitochondria’s ability to absorb infrared (NIR) of the appropriate frequency to improve the body and brain functions. However, for PBM to take effect, light in the red and NIR spectra must reach the mitochondria. When that happens, they turn on the gene activating proteins and release nitric oxide to relax the blood vessel walls, which also improves blood circulation.

What has been researched?

Mitochondria are widely recognized as embedded in eukaryotic cells, which are the most common type of human cells. Now, that doesn’t seem to be true. French scientists have recently shown that numerous free-floating mitochondria are present in the blood circulation. So not all of them are embedded in our cells. This also means that we can provide therapeutic light to mitochondria simply by shining the blood. In the cells, and in the entire physical system.

In addition, these free-floating mitochondria are considered “respiratory com- petent” or ready for activation via PBM. It is important that the effect of PBM can spread throughout the body via the bloodstream. This makes the effect systemic. This means that it can reach regions far away from the point of irradiation and that it has a systemic effect on the whole body.

A Canadian study has shown that platelets release these mitochondria to different parts of the body. Platelets, which are responsible for blood coagulation, are mitochondrial cells present in the blood. The mitochondria of these cells can be activated in the same way as in other eukaryotic cells when exposed to red or NIR light. The resulting respiratory-competent, energy-producing mitochondria can be released and are due to numerous free-floating or extra-cellular mitochondria in the blood system.

The Laeq Health, with its visible red light laser clips, irradiates the blood and leads to the systemic effect. The presence and activity of free-floating mitochondria explains why we see the systemic effects of PPE when using the Laeq intranasal devices. 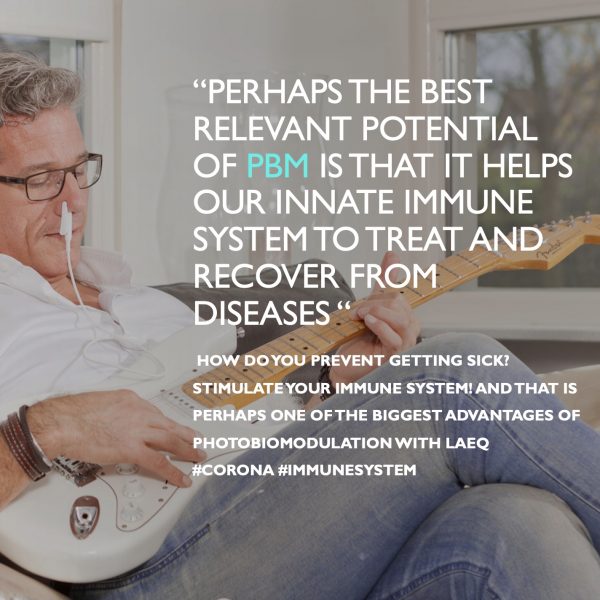 Laeq for you! Laeq in practice

Practical evidence shows it to be so: Not sick of Corona 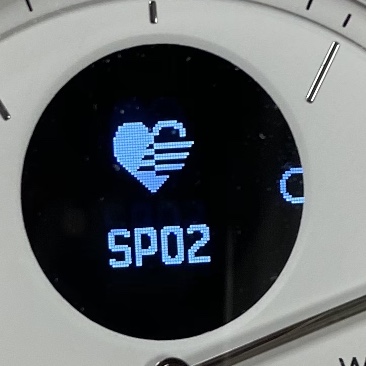 Measurably more oxygen available through use of Laeq’s laser clip