ME, which is the abbreviation of myalgic encephalomyelitis, is also called chronic fatigue syndrome, abbreviated as CFS. ME/CFS is a burden for about 60,000 Dutch people. It’s also a complex illness, characterised by a fundamental disruption of the central nerve system and the immune system, often combined with an energy metabolism that is disrupted on the cell level and cardiovascular abnormalities.

It should also be noted that according to scientific research (Nivel, 2008), about two-thirds of the ME/CFS patients in the Netherlands also suffer from fibromyalgia or a chronic digestive affliction.

All ME/CFS complaints are linked by one characteristic: not fatigue, but the inability to recover from fatigue after exertion!

It is against the backdrop of being unable to recover from exertion that PBM offers a solution. Because if there’s anything that PBM does, it’s affecting the cells of your blood directly. PBM affects these cells by radiating them with monochromatic light adjusted to the ME/CFS specific frequency. This light is absorbed optimally and has an optimal effect on the cell level, in the sense of being able to better provide the energy needs of your cells. This increases the oxygen intake of your blood, which leads to optimisation of your immune system, among other beneficial effects. Your self-repairing capabilities and resistance will automatically increase, and this will give you more and more energy. You’ll suffer less and less from ME/CFS. 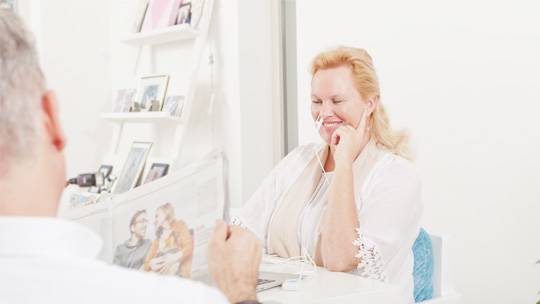