The Laeq Health 3.0 is a device for monochromatic light (light of a single wavelength) that is guided by an app. This monochromatic light is absorbed by all cells in your blood. The light stimulates the cells to function optimally again. The result is an improved circulation, improved oxygen transport, an improved immune system and increased production of endorphin.

Did you know that your blood visits your nose no fewer than ten times every half hour? Your nose is a place where blood vessels are thin and close to the surface, which makes it the perfect place for treatment. You only have to place your clip in your nose twice a day for 30 minutes.0

That’s something else than what’s happening in other countries, where clinics use therapies that may seem similar, but that stick hollow needles in your arm. That’s just painful and time-consuming. The Laeq Health method proves that you can also be treated without the pain. And you can do it yourself. At home. Or wherever you want. 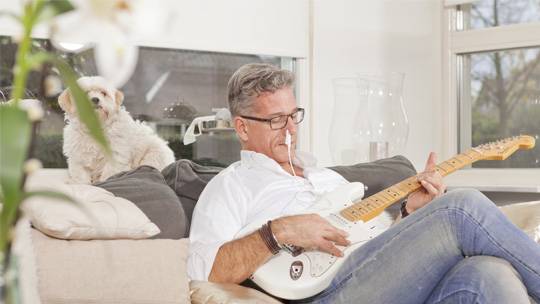 The photobiomodular energy that is released by PBM increases the permeability of the cell wall. This increases absorption and release of nutrients and waste substances.

The PBM treatment contributes to improved oxygen transport, improved processing of fuel, and as a result, feeling fitter. There is simply more oxygen in your blood, which increases the processing of fuel in your muscles. The result is reduced acidification and less pain. 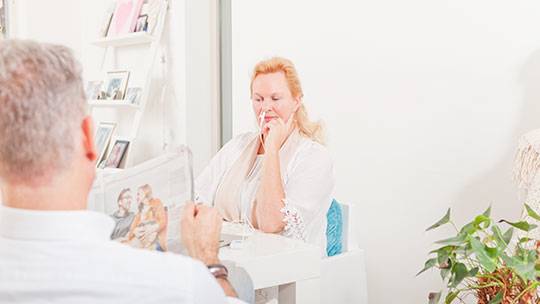 The PBM treatment stimulates your red blood cells, so that they are better able to retain the iron in your blood. The better the iron content of your blood, the better your blood is able to transport oxygen through your body.

When endorphin is released, your pain complaints will go away, you will feel better and you will also sleep better. In addition, endorphin has an anti-inflammatory effect, resulting in quicker recovery of various afflictions, such as fibromyalgia, ME/CFS, afflictions of the immune system and high cholesterol. Thanks to PBM, these illnesses can be treated effectively and successfully, as shown in practice and by science.

PBM is purely personal and completely adjusted to your person. But this doesn’t mean you’re alone: you’re definitely not, because Laeq Health 3.0 is always connected to the Laeq app on your smartphone. Your use is always monitored and adjusted. You only have to indicate in the app how you feel. It is this direct and permanent form of communication that ensures high compliance – and as a result, the structural success of the therapy. Read more. 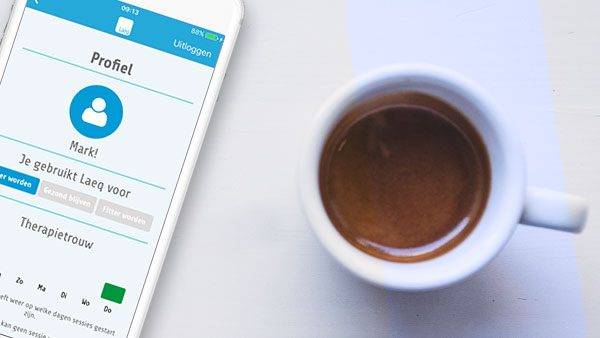